It’s finally time to catch up with blog posts!
On October 11th I attended the Aki no Matsuri, a small Animé/Manga convention in Zofingen, Aargau.
Anika Weber, a fellow game design student, made an arrangement with the organizers so that local game developers could come and show their games. With Tower Offense and some controller in my backpack, we arrived at the location.
Look at this fancy game dungeon entrance: 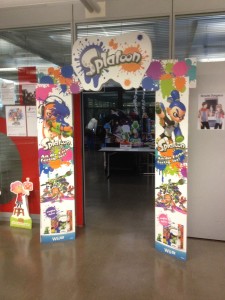 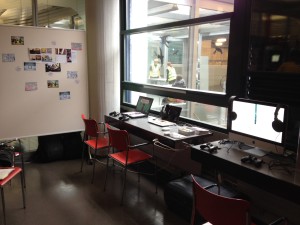 During the last few events I learned that it is very useful to let people write down their mail addresses after trying the game. This way you can reach them again for sure. Whether it be for a playtester group invite or to inform them about your release. 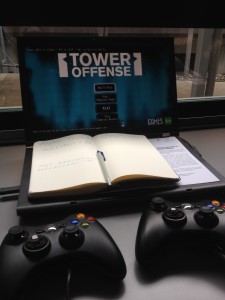 The game dungeon filled up quickly. 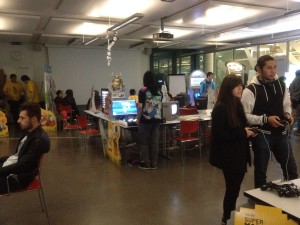 And so did our game stations. It’s awesome to see dressed up people play your game xD 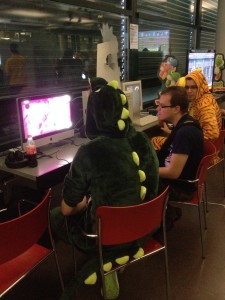 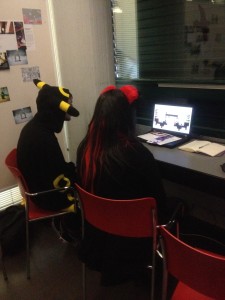 During my breaks I explored the rest of the festival. Plenty of stuff to buy around here. 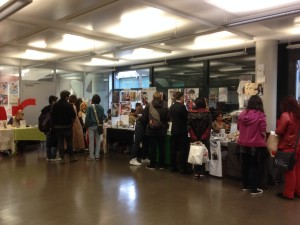 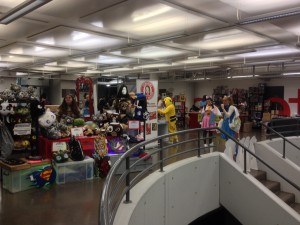 My friend Jessica was there with a booth too. She makes cute little animal figures. 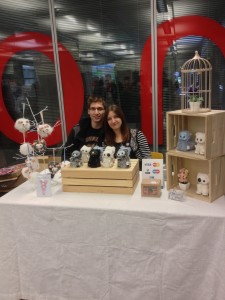 Oh and the food court. That was the best. Note to that Mochi I ate: You will never be forgotten! 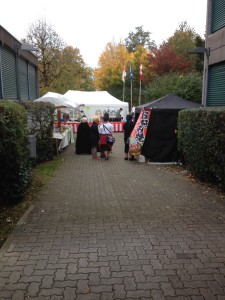